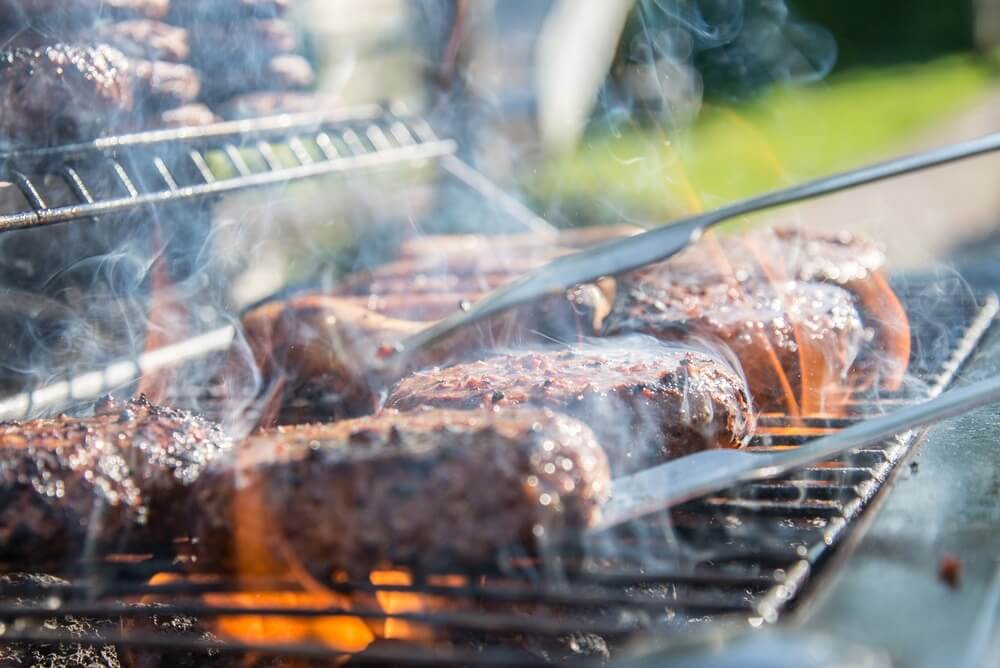 Nothing says "festive" like the idea of throwing a thick juicy steak onto a hot grill. There’s a pure primal pleasure that comes from watching your food cook on an open fire as the aroma of sizzling barbecued sausages, different kinds of delicious meats and veggies fill the air.

For some, this is the best form of aromatherapy there is. Others simply take pleasure in the process. Grilling is an art. It takes a special kind of skillset to get just the right amount of sear while preserving all the juicy tenderness that is synonymous with a flavor-filled meat fest.

But, like every artist, you need the best set of tools to get the best outcome. Choosing the right grill is central to the whole process. This begs the question: Propane vs. natural gas grills – which is better? This guide explores the answer to this question in depth.

Propane vs. Natural Gas: Is There a Difference

The short answer is – yes. Although many use the two terms interchangeably, there are distinct differences between the two. They might be very similar, but they are certainly not the same.

Without getting too much into the nitty-gritty of their chemical makeup (this isn’t a chemistry lesson, after all!), propane belongs to a class of gases known as hydrocarbons. It’s the same class that butane and ethane belong to as well.

They are all by-products that result from refining natural gas and petroleum. This is why propane is also referred to as liquefied petroleum (LP) gas.

Natural gas, on the other hand, is essentially methane that is pressurized to form a liquid. It is natural since it is derived from nature as fossil fuel and contains several other gases, one of which is propane. It is collected as-is before being subjected to a very basic refining process to clean it up and make it more efficient.

Here’s how the two gases are similar.

1. Both Are Low Emission Fuels

Conventional fuel combustion is characterized by emissions, which include carbon monoxide and dioxide, nitrogen and sulfur oxides, as well as a host of other hydrocarbons and particulate matter. These elements are poisonous. Long term exposure to them can have serious adverse effects on both human health and the environment at large.

Chronic exposure to these pollutants has been linked to the onset of cardiac and central nervous system complications, memory loss, depression, and a host of other ailments. The good news is that propane and natural gas are considered low-emission fuels since they give off up to five times fewer pollutants compared to other petroleum fuels.

Carbon monoxide has long been termed the “silent killer.” It doesn’t have any smell, sound, or taste and is fatal when inhaled in large quantities.

It is the by-product of the partial combustion of carbon in a place where there is inadequate ventilation. When it binds to hemoglobin – the oxygen-carrying molecules in the red blood cells – it leads to suffocation, which inadvertently causes death.

Unfortunately, both natural gas and propane produce carbon monoxide, albeit in smaller quantities compared to other fuels. This is why it is important to ensure that grilling is done in a well-ventilated area and not in an enclosed space to minimize the overall quantity of carbon monoxide produced.

3. Both Can Be Stored in Liquid Form

Natural gas and propane can be stored in refillable cylinders or large storage tanks. At normal ambient temperatures and atmospheric pressures, they exist as gases.

However, the sufficient reduction in temperatures and application of moderate pressure condenses them into liquid form, making them ideal energy sources for numerous applications. When using LP or NG, a small amount of the pressure in the enclosing cylinder gets released and the liquid-gas gets ignited to produce a flame.

Here’s how propane and natural gas are different.

1. Propane Is Heavier Than Natural Gas

When compared to air, natural gas is generally lighter, whereas propane is heavier. This difference becomes apparent when putting safety measures in place, particularly in enclosed spaces.

While both gases dissipate easily into the surrounding environment, propane collects along the floor while natural gas rises to the ceiling of a room as it seeks higher escape routes. So, if there’s an undetected gas leak, the risk of suffocation or explosion is much higher with propane than it is with natural gas.

2. Natural Gas Is Cheaper Than Propane

The cost of propane gas is much higher per unit volume than that of natural gas. However, this fact quickly balances out when you compare the amount of heat produced by both. Propane burns twice as hot as natural gas, which means you’ll end up using less of it.

Energy efficiency is measured using the British Thermal Unit (BTU). It is a measure of the total energy required to increase the temperature of a pound of water by a single Fahrenheit degree.

You’ll often notice that the price of gas in the US is quoted in dollars per million BTUs. The BTU of one cubic foot of propane is 2,516 compared to 1,030 of natural gas. So, you’ll need more than double the amount of natural gas to produce the same energy as that produced by propane.

4. Natural Gas Is Cleaner Than Propane

While both gases are clean-burning fuels, natural gas has a slight edge over propane. It generates lower levels of greenhouse emissions, which is great for the environment. However, some might argue that the extra exhaust from propane combustion adds to the rustic charm of any great outdoor grilling experience.

Both propane and natural gas grills give you the same outcome when using them for cooking your meats. It ultimately boils down to the level of importance you place on convenience, cost, and efficiency.

If you're looking to leave a smaller carbon footprint and save money in the process, then natural gas is the way to go. On the other hand, if the location of the natural gas line in your home is inaccessible or not connected at all, the installation process could rack up quite a bill. In such instances, propane provides a cheaper, more viable alternative.

Gas vs. charcoal grills – which one should you choose? Check out our guide for everything you need to know to help you decide.